Negative Thoughts Can Prevent The Action of Pain Killers 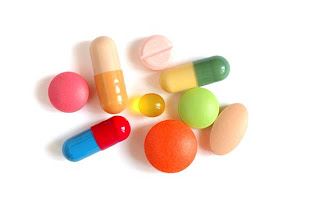 In a recent study published in Science Translational Medicine, researches have showed that benefits of painkillers can be boosted or completely wiped out by manipulating the expectations of the patients.
Heat was applied to the legs of 22 patients, who were asked to report the level of pain on a scale of one to 100. They were also attached to an intravenous drip, so drugs could be administered secretly.
The initial average pain rating was 66. Patients were then given a potent painkiller, remifentanil, without their knowledge and the pain score went down to 55.
They were then told they were being given a painkiller and the score went down to 39.
Then, without changing the dose, the patients were then told the painkiller had been withdrawn and to expect pain, and the score went up to 64.
So even though the patients were being given remifentanil, they were reporting the same level of pain as when they were getting no drugs at all.
The researches concluded, ' individual’s expectation of a drug’s effect critically influences its therapeutic efficacy and that regulatory brain mechanisms differ as a function of expectancy. We propose that it may be necessary to integrate patients’ beliefs and expectations into drug treatment regimes alongside traditional considerations in order to optimize treatment outcomes.'
In the peripheries of Pakistan, where most of the half baked paramedics are practicing, even a single Injection of Neurobion ( Vitamin B complex ) , relieves most of the problems of patients & satisfies them alot.
So, on the basis of research, whether you are a doctor or a relative or the patient yourself, always think & share something positive about the treatment, so that maximum benefits are obtained.
Health