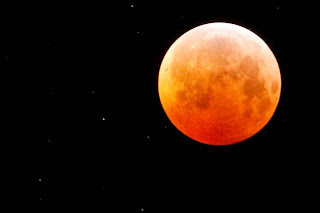 This Tuesday, a rare Lunar Eclipse was observed in the northern hemisphere, lasting for few mins to hrs in different places, as it occurred on the day of winter solstice (the longest night of the winters).
Lunar eclipse occurs when the earth comes in between the sun & moon, blocking the suns rays to reach the moon. Light after being refracted from the earth's atmosphere turn the moon into crimson red before it slips into darkness. Although, lunar eclipses are common but its occurrence on winter solstice is rare. Similar thing happened about 400 years ago on Dec. 21, 1638 & will occur again on Dec.21, 2094. 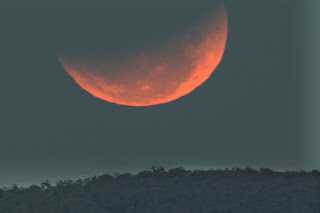 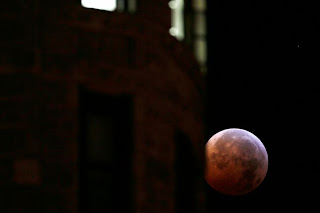