Pakistan Floods are the Worst Ever in Human History 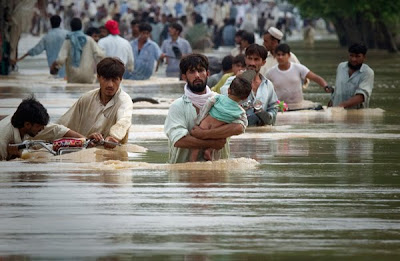 Ban Ki-moon, the UN chief, after visiting the flood hit areas of Pakistan, said today in a press conference that he has been to Tsunami affected area, Chile earthquake, Haiti earthquake, the recent China mudslides but, he has not seen anything like this catastrophe of Pakistan Floods. He later announced a 27m $ aid for Pakistan.
The recent stats show that about 1 in 10 every Pakistani is a victim of Floods. Almost 1/3rd of Pakistan is washed away in floods which has caused about 20 million people to suffer. About 6 million people lack food, which the UN promises to provide. 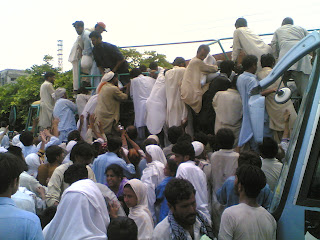 Above is an image from a Flood relief camp in Nowshehra, which I visited recently, which shows the hunger & suffering of the people while they strive to get food from a truck. There is also shortage of Clean water. 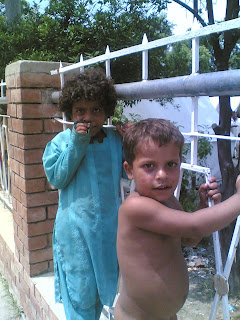 Children are also facing a lot of trouble & they are the main victims of water borne diseases like Diarrhea & Cholera. Oral Re-hydration Salt is also short. 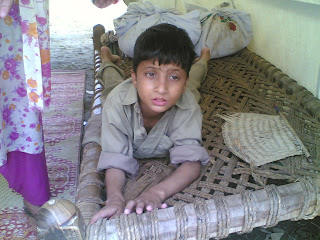