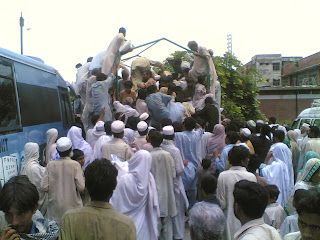 1,539 people have died and 17 million have been directly affected.

1.2 million houses have been destroyed, leaving an estimated 8 million homeless.
3.2m hectares of standing crops have been lost or damaged.
2,055 people have been injured.
1.6 million have received food aid.
2 million people have received drinking water but "large numbers" have no access to water or sanitation.
About 3.5 million children are considered to be at risk of water borne diseases which include diarrhoea, cholera, dysentery, typhoid.
Source: BBC News
Pakistan