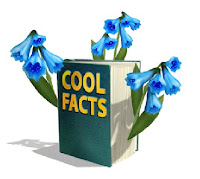 In olden times, people used to have hidden tattooed messages on their scalp, which were revealed only when they shaved their heads.
A company called Intellectual Ventures, in order to prevent malaria in African countries, is working on a fake blood product, which can be placed outside villages, so that mosquitoes can suck on them instead of normal humans. In African countries, about 1 million children die every year of Malaria.
5hrs 27mins is the time average web user spent on social networking sites in February '10, up two hours from February '09.
52% of social networking users posted sensitive information online last year.
Scientifically, one second is equal to 9,192,631,770 times oscillations of cesium atom.
General