Diabetics may soon be having single insulin injection in 120 days 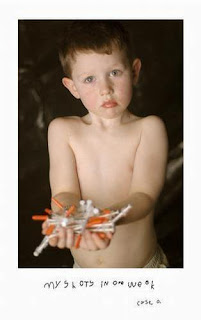 Diabetics, who are dependent on insulin to control their blood sugar levels, often find it irritating to prick themselves daily. But these days of pain might be over soon.
A team of scientists at the National Institute of Immunology, India led by its Director Avadhesha Surolia, have developed a technique by which it may be possible for patients to take a shot of insulin just once every four to five months.
The team achieved this without the use of any chemical additives or a device such as a pump or a patch. Their technique primarily involved getting individual molecules of insulin to come together and form multi-molecular complexes, which slowly un-fold & yield insulin.
Dr. Surolia said that trials with mice and rabbit models had shown that a single dose was enough to maintain a basal level of insulin in their system for more than 120 days.
The technology has been transferred to a US based company, which is going to starts the tests soon.
Source: The Hindu newspaper, pointed out by Mr. Faisal Ahmed.
Diabetes Diseases