What is Aurora or Northern lights Phenomenon 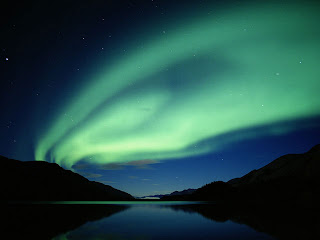 If you use Windows as your operating system, then you must have come across it in Vista as a wallpaper. Have you ever wondered what it is? Is it real or not? 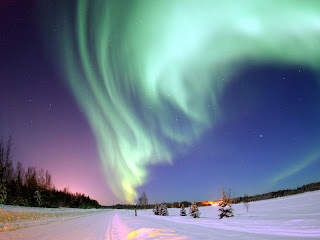 They are produced by the collisions of Solar wind (gas of free electrons and positive ions emitted by the Sun in all directions) with the earth's magnetic field.This interaction in the atmosphere electrically excites the electrons which emit energy in the form of visible lights.Most Aurorae are green and red emissions from atomic oxygen. Molecular nitrogen and nitrogen ions produce some low level red (pink) and very high blue/violet aurorae.The light blue and green colors are produced by ionic nitrogen and the neutral helium gives off the purple colour whereas neon is responsible for the rare orange flares with the rippled edges.
Nature Science